The Ancient Trees of Ireland 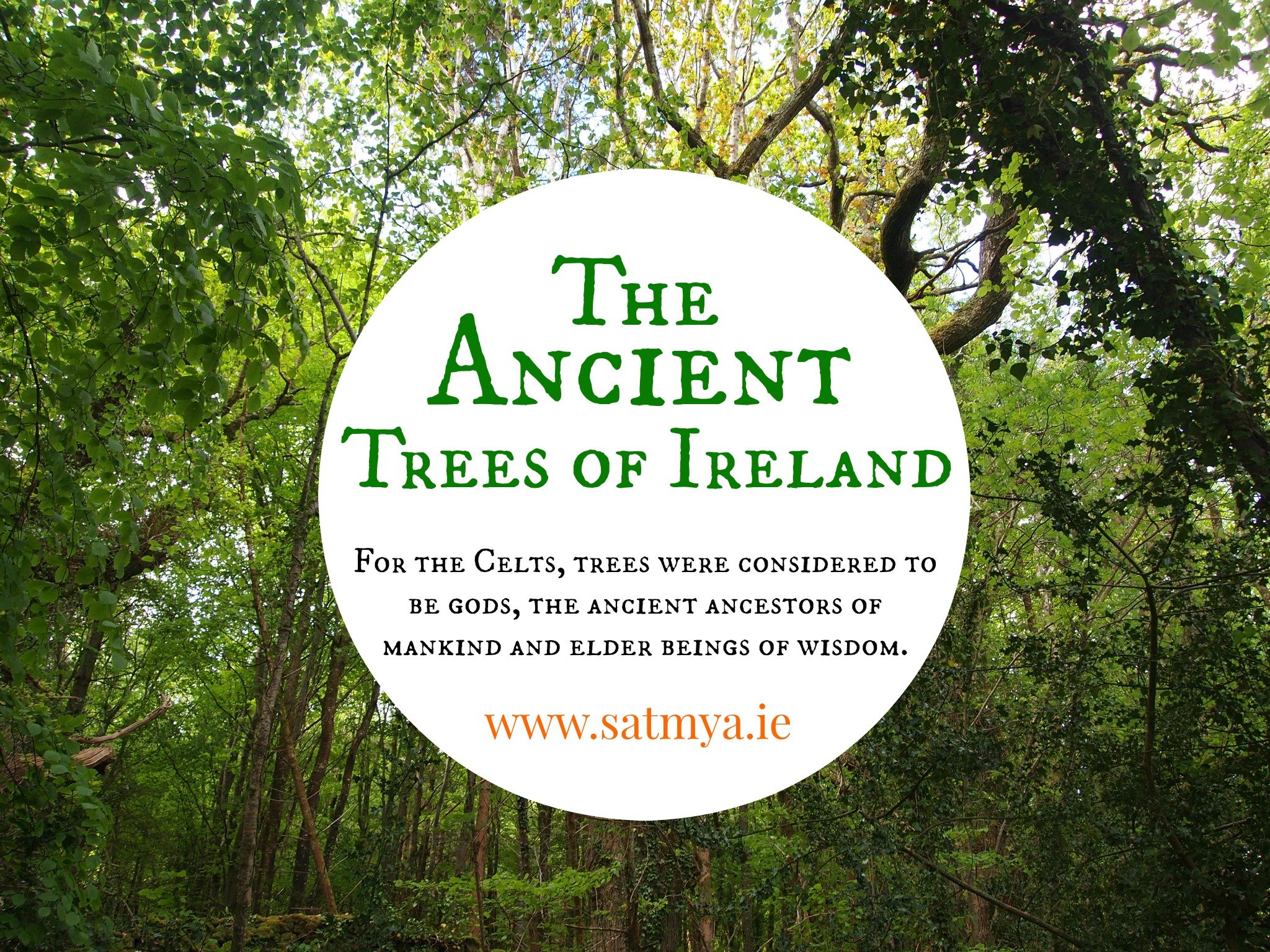 For the Celts, trees were considered to be gods, the ancient ancestors of mankind and elder beings of wisdom. They were a connection to the world of the spirits and a doorway into the ‘Otherworld’. They gave shelter and protection, provided sustenance and were a source of healing and medicine.

The tree represented the soul of the community, their spiritual focus and source of well-being. Each community had their own sacred tree usually located near a well or a stream where assemblies and ceremonies were held.  (ref: http://www.celticquill.com/irish-culture/59-celtic-sacred-trees)

Trees were held in such high regard in ancient Ireland that according to Brehon Law, unlawful felling of a “Chieftan Tree” carried the same sentence as the killing of a Human Chief!

The reason the ancient Irish legal system held trees in such high regard was due to their enormous value to Irish society. Trees served as a multi-layered ecosystem which provided for every aspect of traditional life. They served as monuments, created sacred spaces & ceremonial centre points. They gave food, fodor, medicines,shelter, tools, weapons and even formed the ancient Irish alphabet (Ogham).  They featured heavily in Irish myths and legends, such was their importance that to this day 13,000 Irish towns have trees within their names!

Yvette has been practicing herbal medicine since 2005

2 Comments on “The Ancient Trees of Ireland”