The Gāyatrī Mantra is a highly revered mantra, based on a Vedic Sanskrit verse from a hymn of the Rigveda 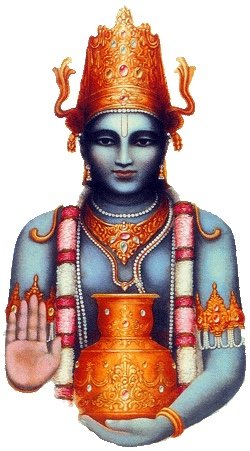 The Gāyatrī Mantra is a highly revered mantra, based on a Vedic Sanskrit verse from a hymn of the Rigveda (3.62.10), attributed to the rishi (sage) Viśvāmitra. The mantra is named for its vedic gāyatrī metre.[1] As the verse can be interpreted to invoke the deva Savitr, it is often called Sāvitrī.[2] Its recitation is traditionally preceded by oṃ and the formula bhūr bhuvaḥ svaḥ, known as the mahāvyāhṛti(“great utterance”).

The Gayatri Mantra is repeated and cited very widely in vedic literature,[3] and praised in several well-known classical Hindu texts such as Manusmṛti,[4]Harivamsa,[5] and the Bhagavad Gita.[6][7]

We generally recommend reciting this mantra morning and evening. It’s also helpful to recite when you are stressed or anxious.